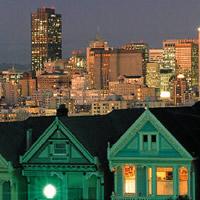 The 2014 San Francisco Bay Area home buying season is now in full bloom and new listings, sales, and home prices continue to rise. Home prices have continued their upward momentum over the first few months of 2014, the result of continued low historic mortgage rates, a strong San Francisco Bay Area economy, and a tight supply of homes on the market. San Francisco Bay Area residential real estate inventory has risen by nearly 75% since the beginning of January and is slightly higher year-over-year (vs May/2013), but is still well below historical averages. While the there have been slight month-to-month increases in sales volume these past few months, we are seeing the lowest sales volume for any Spring since 2008.

The Wall Street Journal recently published an article explaining why home price gains aren’t actually lifting the economy, despite these recent years of gains. The question posed is as to whether housing has lived up to its true potential as a catalyst for a stronger recovery. Experts argue that while housing stopped being an economic drag a few years ago, it has failed to propel strong economic growth and rising home prices haven’t done much to stimulate the overall economy. Recent home price gains have had fewer direct benefits to the economy than in the past because they have done little to stimulate either new-home construction or increased spending paid for by home-equity borrowing. Furthermore, they say that current rising home prices won’t greatly stimulate the economy because gains that simply restore lost wealth aren’t as valuable as gains that create new wealth.

Thus, home prices may need to rise even further for the economy to enjoy any “wealth effect” because it’s at that point when people will spend more because they feel richer as their home or stock portfolio rises in value. Growth is also deterred by tight lending standards, which have made it tougher for homeowners to take cash out of their homes with a refinance. Also, prices haven’t risen enough to encourage enough homeowners to sell, which has created inventory shortages that are being blamed for sluggish sales volumes and higher prices. And while home prices are up, they’re still not up enough to encourage builders to build more homes in light of higher land, labor, and supply costs.

Meanwhile, home prices “are” up enough to significantly lower home price affordability and the latest Census Bureau data shows that the rate of home ownership in the US is at its lowest level in nearly 20 years. 64.8% of US families now own their own homes, down 4.4% from the peak of 69.2% seen in 2004. Some analysts are saying that number is likely to dip lower, as younger Americans put off marriage and home purchase. The nation’s home ownership rate slipped to its lowest level in 19 years in the first quarter of this year, as more households rented and home sales remained low.

Tight credit and much higher home prices are keeping some would-be buyers out of the market. Others are sidelined by high student loan debt or concern about the soft job market and the economy. There’s also evidence that young adults are postponing home ownership, either by choice or through economic necessity. It’s likely that households will be renting instead of buying for some time to come. Just 36.2% of households headed by someone younger than 35 owned their home in the first quarter 2014, down from 41.3% in 2008 — though the home ownership rate has fallen across every age group except for senior citizens. California has the lowest home ownership rate at just 56% and the San Francisco Bay Area home ownership rate is now below 50%.