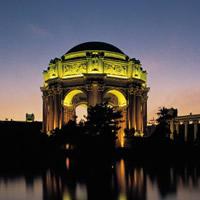 Typical late Spring trends are playing out for the San Francisco Bay Area right now, as sales volume has continued to pick up recently and inventory and sales volume have both nearly doubled since the beginning of the year.  The median price paid for a home in the Bay Area also rose to a new post-recession high in April as potential buyers have continued to scramble in a seller’s market of limited supply.  The median price paid for a home in the 9-County Bay Area rose to $610,000 in April, the highest since it was $629,500 in November/2007. April median was also a 5.4% increase from $579,000 in March, and a 19.6% increase from $510,000 in April/2013. The median peaked at $665,000 in June and July 2007, then dropped to a low of $290,000 in March 2009. That means that by last month, 85.3% of the Bay Area’s post-financial-crisis decline had been regained.

On a national level, home prices rose at their slowest yearly pace since February 2013, as the slow down in homes sales holds back larger gains. A recent CoreLogic report cited that prices are 10.5% higher than a year ago while April’s prices were just 2.1% higher than March levels, including distressed sales. The same report suggests that the weakness in home sales (volume) that began a few months ago is clearly signaling a slowdown in price appreciation.  The 10.5% increase in April, compared to a year earlier, was the slowest rate of appreciation in 14 months. National home prices, which are continuing to rise as we head into the summer months, remain 14.3% below their peak, which was set in April 2006. Including distressed sales, the 5 states with the highest home price appreciation were: California (+15.6%), Nevada (+14.8%), Hawaii (+14.1%), Oregon (+11.8%) and Michigan (+11.3%).  National home prices are expected to increase by 6.3% over the next year.

Meanwhile, economic conditions continue to be a key factor driving the most recent housing market surge.  However, several recently released economic and housing numbers may cause some to rethink the economic recovery.  Revised GDP figures suggested that GDP declined at a 1% rate in the first quarter of 2014.  The key driver of the downward revision was a much larger negative change in private inventories. This was payback from the positive contribution in the third quarter of last year. Nevertheless, this weakness in the economy shouldn’t continue since growth has already picked up in the 2nd quarter and most indicators suggest a strong rebound. Experts expect both residential investment and state and local governments to add to growth soon.  And even investment in nonresidential structures should turn positive.

Employment growth is also the necessary and most important factor in the improvement of the housing numbers. In California, employment growth has gained substantial momentum over the past couple of years and the unemployment rate has dropped from 12.4% in early 2010 to 7.8% currently. While San Francisco remains the leader with growth in tech sector, other geographic areas and industries follow closely.  For the housing sector, most of the recent improvement has come from construction, where payrolls have been growing over the last few years, and although still a shadow of where it previously rested, rebound in homebuilding and construction employment is boding well for California’s economy and the housing market.
Overall, U.S. home sales have slowed in recent months, raising some worries that the rebound in housing might be fading away. But much of that decline has been caused by reductions in both foreclosure volume and in sales of homes that banks acquired through foreclosure. The total volumes are not nearly as important as the composition of what is being sold and who is buying and the reality is that the residential real estate market is getting healthier and healthier each month. That health is reflected in the share of non-distressed/normal sale transactions continuing to rise.  Distress sales already bottomed out for the Bay Area a couple of years ago and the Bay Area real estate recovery is way ahead of the national curve.

Heading into the coming summer, home prices continue their precipitous rise throughout the Bay Area, while inventory levels and home sales continue the increases typical for this time of year.  With the recent drop in interest rates and a continued positive economic and employment outlook, the current momentum should be sustained through the rest of the Bay Area’s summer buying season.

Prices are Going up in Phoenix, While Supply of Homes for Sale are Shrinking
Impact Of Foreign Property Acquisition On The UK Economy
Housing Sales in the Dallas-Fort Worth Area are Up in 2012
San Francisco Bay Area Home Prices Continue to Rise at a Record Pace Despite Rising Inventory