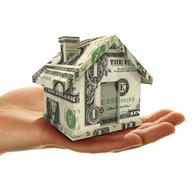 As you may know, the Federal government runs on a fiscal year from Oct. 1 to Sept. 30. The Federal Government was forced to
shut down last Tuesday (Oct 1st) since Congress couldn’t agree on a spending bill in time, leaving the government without the legal authority to spend money.  Economists say that every 3-4 days of this shut down will begin to shave decimal points off economic growth and a sustained shutdown of 3-4 weeks would do significant economic damage. If the shutdown drags on for 3-4 weeks, as it did in the 1995-6 shutdown, it could subtract 1.4 percentage points off of 4th quarter GDP growth. In an economy that’s already fragile, that’s a massive consequence to Congress’ budget impasse.  That’s more than half of the 2.5% Avg quarterly rate of economic growth in the U.S. right now. The government shutdown will also negatively affect hiring by small businesses in the near future and consequences will be even worse if a deal on the federal debt isn’t reached.

Although technically a separate issue, a major point of contention in Congress is the issue of the impending debt ceiling.  The Federal government will run out of money around Oct. 17th.  In addition to using tax revenues, the government will have to borrow more money to pay bills the nation has already racked up. But Congress will have to raise the debt ceiling/limit to allow the increased borrowing needed to pay these bills — and that permission won’t come without another fight from the congressional “Tea Party” Republicans.

Many Economists feel that if the debt ceiling “isn’t” raised, the resulting loan defaults could cause the U.S. Economy to suffer even more than it already is under the current government shutdown. The financial markets might lose faith in the ability of the U.S. to pay its bills.  As a result, the nation’s creditworthiness — and global influence — could take a beating and interest rates on credit cards, student loans, auto loans, and mortgage loans could rise.  Then again, it could also result in “lower” interest rates as shaky/fearful investors put their money into safe places such as treasuries, high quality investments, and savings accounts.  But the very fact that no one knows what to expect from hitting the debt ceiling is probably what makes it such a terrifying proposition at this point. And it’s why many economists want Washington to resolve the government shutdown right away so that it can also have time to get the debt ceiling issue out of the way before Oct 17th.

Meanwhile, life goes on here in Silicon Valley and San Francisco Bay Area Real Estate is following its typical Summer-to-Fall transition pattern.  Inventory dropped slightly for the 2nd straight month in September and home sales have leveled off as prices have undergone a modest seasonal dip. While there are still imbalances in the sales mix and purchase patterns, indications are that the market continues to normalize incrementally. The overall market condition remains positive for San Francisco Bay Area home sellers, despite inventory trending on the rise.  Since August, sales volume has dropped 20-25% San Francisco Bay Area wide, which is typical for this time of year.  The median price paid for a home in the San Francisco Bay Area in August was $540,000. That was down 3.9% from $562,000 in July, and up 31.7% from $410,000 in August/2012. Due to seasonal shifts in sales patterns, the San Francisco Bay Area median almost always declines from July to August and Sales Volume also typically drops 20-25% between Summer and Fall.

Overall, the Federal Government shutdown shouldn’t have a major short term effect on the San Francisco Bay Area Housing market, despite the likely loss in some U.S. GDP growth.  It’s hard to predict how the debt ceiling resolution will affect interest rates and the economy, especially since we don’t know what the resolution will be yet.  However, it’s something to keep on eye on as it may have major long term implications on our economy and mortgage rates.

In the mean time, San Francisco Bay Area Home sales volume should be light the remainder of 2013, inventory should continue to drop a bit further, and home values should be stable, holding the ~30% gain that it has seen between January and August.

Prices are Going up in Phoenix, While Supply of Homes for Sale are Shrinking
Real Estate Market Report for Los Altos, CA
Housing Sales in the Dallas-Fort Worth Area are Up in 2012
Why The Toronto Real Estate Market Is Still A Sound Investment