You are here: Home / Real Estate News / How is the Global Economy Impacting on Property Markets? 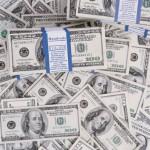 This article looks closely at the continuing influence of the global economic downturn in terms of worldwide property markets.

When the global economic bubble burst so spectacularly in 2008, it was the property markets that collapsed almost as soon as the banks did so. Four years on, the inability of global property prices to begin to recover is still being caused by the economic mess that is currently being dealt with across the world.

Sure enough, there are a number of signs of recovery, and in fairness, they have been relatively consistent in appearing in the years since 2008. The problem is that as soon as there are signs of hope and recovery, something occurs to knock the shoots of hope back into the ground and the world finds itself at square one once again.

How is the economy continuing to damage the property markets?

This the factor than is undermining the whole world, not just the property sector. There is such a lack of confidence in anything linked with finances that an expensive acquisition or investment such as property is out of the question in most cases.

Given the link between the economy and property prices, even consumers who are spending less money on clothes are having an indirect impact on global real estate.

Even four years later, with austerity measures put in place and positive action generally being taken, there is no confidence at all in financial markets, at any level.

Demand for property is low, so people are not looking to invest in it. During times when money is tight, investors have taken their capital and carefully placed it into areas where they know they are still likely to see a return despite turmoil across the rest of the world.

Therefore, utilities, environmental initiatives, food, and research departments get all of the money, as these are the things still seen as a priority by the global population. Whether the economy can help boost the property markets, or the property markets picking up will help the economy is the centre of much debate and is unlikely to ever get definitively answered.

Is there any solutions that will work, or light at the end of the tunnel?

It would seem that, in reality, the property market is at the mercy of the wider economy, and until there are increased investment levels and consumer confidence around the world then the situation is likely to remain the same.

Perhaps one brave investor, or investment group, putting a lot of capital into the property markets would help give it some impetus, however it would take a lot of money and a high degree of risk to make this approach pay off.

Harworth Estates are one of the largest landowners in the UK with access to commercial property for rent and units to let.

The Truth About Shared Ownership
Understanding the FICO Mortgage Score
5 Tips for First Time Homebuyers
Rent to Own Housing, What Are the Benefits?