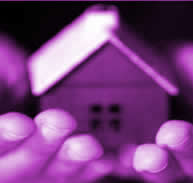 The following are Laws that I think are important for Homeowners, Landlords, and Tenants to be aware of:

Is your building ADA compliant? And why it is important to follow ADA guidelines for buildings and f...
Redding Realtor Accused of Stealing From His Listings
The Risks Posed By Ignoring Landlord Insurance
When renters need restrictions but fault the landlord’s morals for taking advantage of a good situat...