You are here: Home / Archives for Landlord & Tenants 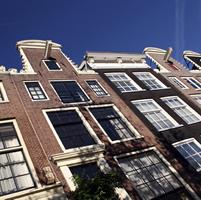 If you are reading this you are one of two types of people. You are either a  landlord curious of finding out what landlord stereotype you fall under or you are a tenant trying to workout if there are other landlords like the one you currently have. Either way here are the top landlord stereotypes for you to enjoy.

Nicer than a child trying to get something they want and with a bigger smile than Mr. Happy from Mr. Men, the nice landlord is a great landlord to have. The nice landlord is the type to never forget a birthday and always remembers to send a christmas card every year. This type of landlord is fully understanding when it comes to late payments as long as there is a reasonable excuse. The nice landlord is like the mean landlords opposite, so therefore is the preferred option.

The invisible landlord is the type of landlord that you hardly ever see. Their preferred methods of communication are email, text and phone call. The chance of you ever seeing them is extremely slim. This type of landlord makes you wonder whether they are a real human being or just a supercomputer that has been given a name. The invisible landlord will sometimes send other people to meet you, giving you the impression that there is a mystery behind who your landlord really is.

More confused than a bird that has flown into a window and with a memory like a sieve, the forgetful landlord is the type that really forgets everything. They need to be constantly reminded of tasks they need to do such as getting keys cut or meeting up with their tenants. The forgetful landlord is nice at heart but nonetheless is extremely annoying for all of their tenants.

Extremely similar to the invisible landlord except you will actually see them. The ghost landlord is the type of landlord that forgets to let their tenants know just when they will be visiting and just turns up unexpectedly. This often leads to tenants needing to conduct a uber fast tidy up in order to not give the impression that they are extremely messy. Like the forgetful landlord, the ghost landlord can be extremely annoying as they just make you think – “why don’t you just phone me or text me to let me know, you have my number!?”

By author Endre Rex-Kiss. Endre is a freelance writer and guest blogger in topics ranging from finance, real estate and social media. This time he represents FidelisAM, a US based company providing tenant screening services. Connect with him on Twitter @erexkiss.

What is an illegal unit or also known as illegal apartment?
Typically, an illegal in-law unit or illegal apartment is one that was built without permits, or one in which the rooms were constructed with the blessing of the building inspector, but with the kitchen or stove put in afterwards.  Another way to determine this is by counting the number of units in the building and comparing this with the “Certificate of Occupancy” issued by the City.  The benefit for the landlord of owning a building with an in-law unit is the extra cash flow it produces.  This article will explore some of the risks of such an endeavor and how they can best be managed.

What are the problems with illegal apartments and in-law Units?
The tenant can be evicted from the illegal unit and the landlord may have to make them a stiff relocation payment (presently $5,101 per tenant, maxing at three tenants, plus possible extra money for the disabled or elderly).  There are also some theories that tenants can claim as justification for the repayment of part or all of the rent that they paid while they were living in the unit.  Additionally, there is the potential for habitability claims since, quite often, the unit does not conform to building code requirements.  Sometimes there are serious safety lapses due to the fact that there is lack of a second exit.  This can result in an affirmative lawsuit by the tenants for these conditions.  Sometimes the landlord has the proper type of insurance and sometimes not.  Therefore the cost of defending these lawsuits can often be considerable.  It is important to note that when selling the building the non-complying unit should be properly disclosed as an illegal unit without any attempt to embellish it.  If the building inspector issues a Notice of Violation, the owner will likely be forced to remove the unit.

How should the landlord properly terminate such a tenancy?
If the building inspector has issued a Notice of Violation, under the local San Francisco ordinance the landlord will need to obtain permits and issue a proper eviction notice.  This will usually require sixty days notice (30 days if the tenancy is a year or less in duration), and payment of the relocation money mentioned above.  Typically, as there is no legitimate defense since the landlord seemingly has no choice in the matter, these cases are rarely contested.  However, the tenant can still bring his affirmative claims.  In some cases, the tenant will have breached the rental agreement and this may allow the landlord to sue them for nonpayment of rent or nuisance.  Interestingly enough, the courts will not enforce the terms of such a rental agreement, because it is considered an illegal contract.  However, other court decisions have held that the landlord should be able to recover possession of the premises, i.e., terminate the tenancy.  Therefore the landlord could bring a nonpayment of rent case, and certainly a nuisance case, and recover the unit, while most likely not recovering a money judgment in his or her favor.  In that scenario, the landlord could avoid paying the relocation money to the tenant.  Of course, each case depends on its merits, and sometimes the landlord may agree to pay some voluntary relocation money to the tenant, to avoid the cost of trial.

How Owner of illegal In-Law Units and Illegal Aparments may avoid being sued.
First of all, the landlord should obtain an appropriate insurance policy for an income property, rather than a homeowner’s policy.  The owner should also be sure that there is coverage for claims such as “wrongful eviction” and other broad forms of liability.  It could also be helpful, despite the downsides, to the landlord initially disclosing to the tenant that she is renting an illegal unit.  That way, at least, the tenant would not be able to claim that she was defrauded into renting an illegal unit.  It is common that utility bill disputes arise in these situations because the tenant is not afforded her own individual meter.  These minor disputes can erupt into major litigation.  The same can also happen with security deposits.  The landlord should be careful to avoid disputes with tenants and refund deposits in full.  We also often see personality disputes, since sometimes the landlord is living upstairs and the tenant right below, and noise and even cooking smells can easily permeate from one unit to the other.  Often no one is to blame for this since the extra unit was not built into the original design for the structure.  It is also helpful if the landlord is careful in selecting their tenants.  Getting a personal recommendation from a friend or family member can be helpful.

In general, a landlord is best advised to treat his tenants with respect and understanding.  In particular, the landlord should understand that renting such a unit puts him or her in jeopardy of some or all of the consequences outlined above.  As in most personal and business relationships, some effort at keeping peaceful communications in place may very often preserve the relationship as a healthy and profitable one for the owner, as well as for the tenant.

Steven Adair MacDonald, Esq. has been representing landlords and tenants in San Francisco since 1982 and is the author of two books, Landlord Tenant Solutions in California

, and The San Francisco Rent Board User’s Guide

Philadelphia, Pennsylvania – Rentscoper.com launches their new property rental search and assessment site, which scans for rental listings on the web, organizes the listings on a regional map, and suggests fair rental rates for each property.  The site’s mission is to help unfamiliar tenants obtain a fair priced rental and keep landlords honest.

Piloted in Philadelphia, Pittsburgh and Boston, soon to be available across America, Rentscoper.com scans the internet  daily for new rental listings with patent pending, sophisticated algorithms, displaying rental information in a heat map format showing whether available rental offerings are over or under-priced.

Rentscoper.com other site features include:

Rentscoper.com was developed by Jeremy Elser, a Doctoral candidate at the University of Pennsylvania in bioengineering, and Fred Glick, national known real estate expert and owner of multi-state real estate brokerage U S Spaces, Inc.